Bentonite refers to a mixture of swelling clay minerals.  For a more technical definition ..

... containing at least eighty-five percent of the mineral montmorillonite (predominantly sodium montmorillonite) which meets the specifications of the most recent revision of API Standard 13A.

Bentonite grout is a mixture of bentonite (API Standard 13A) and water in a ratio of not less than one pound of bentonite per gallon of water.

Be proactive and stake your well
before winter snows cover it up - just in case. If ever your pump fails, this practice will save you money and shorten your period of time without water.

All Cape Well Drilling offers well-locating services. Please call us at
508-896-8690 for details. 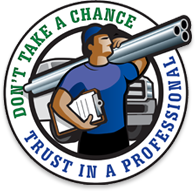